Dr Christopher Love graduated from Monash University, Australia, in 1978.  He completed his Urology training in Melbourne in 1986, and then did post-fellowship training in San Francisco., USA.
He became involved in Men’s Health in 1987 and has been a major penile implant surgeon in Australia since that time and is now the highest volume implant surgeon in Australia. He is regarded as a leading national expert in the field of prosthetic urology.
He has developed his own technique for penile implant surgery, the Minimally-Invasive No-Touch (MINT) procedure, which has resulted in some of the lowest published infection rates for primary penile implant surgery in the world.
He is also the most experienced Australian surgeon in Peyronie’s disease, and one of only a very small number of surgeons in the country doing length restoration surgery, with penile implantation, for Peyronie’s disease.
He also performs male sling surgery, in particular the ATOMS device, and artificial sphincter surgery for male incontinence. Dr. Love also continues to treat all aspects of general urology, with a particular interest in Minimally Invasive Surgical Therapies for BPH.
He has multiple publications on urology topics and has given numerous lectures and presentations to patient groups, urologists and primary care physicians, as well as demonstrating and teaching aspects of urologic prosthetic surgery, both nationally and internationally.
In conjunction with Dr. Darren Katz and Dr. Gideon Blecher, Dr. Love runs an International Fellowship programme in male infertility, prosthetic urology and Peyronie’s disease in Melbourne, Australia.
He is on the international prosthetic surgical training panel for Coloplast.
He is a member of Urological Society of Australia and New Zealand, and an international member of both the American Urologic Association and the Sexual Medicine Society of North America, as well as being a member of both the International Society for Sexual Medicine and the Asian Pacific Society for Sexual medicine,  and is a member of the SIU and the EAU.
He maintains close ties and associations with many of the leading prosthetic urologists and Peyronie’s disease surgeons in North America, UK, Europe, and South America
Dr. Love is a regular faculty member at the biennial Men’s Health Surgical Masterclass convened by Prof. David Ralph in London UK and is the convenor of the Australasian Men’s Health Surgical Masterclass held in Melbourne in the intervening years.
Dr. Love is the only urologist in the Southern hemisphere to be awarded the Prof. Steven Wilson “Center of Excellence for Penile Implants” award and is one of only seven centres in the world, outside of the USA, to receive that accolade.
Dr. Love is actively involved in clinical research with male health and has been an investigator on a wide range of clinical trials within the area.
He was the senior urologist at Monash Medical Centre, Melbourne, Australia and was the inaugural Chairman of the Andrology Section of the Urological Society of Australia and New Zealand.
Dr. Love is now in private urologic surgery practice at Holmesglen Private Hospital in Melbourne, Australia,

Back to Editorial Board 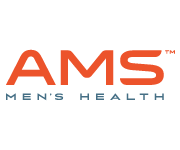